With a degree in Secondary Education and a former career as a high school teacher, Amy has always been dedicated to inspiring others to become the best version of themselves. She earned her Real Estate license in 2004 after realizing her passion for helping others achieve their dreams of homeownership. A top leader in the real estate industry, Amy knows what it takes to succeed, having facilitated the sale of over 5,000 homes and over 2 billion in sales volume throughout her career. Amy has had the pleasure of leading three award-winning offices as a Team Leader, two in Michigan and one in California. Passionate about seeing others thrive and experience their breakthroughs, she became a leadership coach in 2018. With a dedication to personal investment and living out her focus on becoming the best version of herself, Amy spends 60+ days a year on continuing education and training. In 2021 she received her coaching certification through the CaPP Institute and she is currently working on her ICF accreditation.

With a lifetime of trials and tribulations and an unwavering resolution to growth and triumph, Amy has an authentic, direct coaching approach focused on helping clients achieve their “a-ha” moment. Whether assisting clients in growing their wealth through homeownership, coaching agents to realize their dreams of big business, or guiding people in developing into better versions of themselves, Amy is determined to leave a legacy through helping others experience their own brilliance.

We are so excited to have you as a part of our team. Tell me a little bit about your background.

Growing up, I was always labeled the rebellious kid. I graduated high school at 17 and my dad said if I lived at home, I had to go to college, so I left. I felt like he thought I was going to fail, and I knew that wasn’t an option.

I realized college was a good idea, but I needed to do it my way. While in school, I started working at a landscaping company, and it gave me a deeper understanding of business. I started as a secretary making $6 an hour and 10 years later when I left, I was making 65k.

In 2004, I was a new mom and I felt compelled to get into real estate so I went for it. My then-husband was in car sales. When the market crashed, Detroit fell hard. I had bought a house for 130k and when I went to sell it, it was worth 30k. We went from making a great income to virtually nothing overnight. I decided to rent my house out and moved my family into my uncle’s house. My husband and I both went back to school. We had a plan; I was going to teach and my husband was going into finance, and his salary would be our main income. That all fell apart when I left my toxic marriage and became a single parent of two children. At the time, I was teaching high school for 35k a year. I quickly realized that salary would never support me and my children. I still felt that magnetic pull to real estate, so I got my license again. I was a single mom, teaching full-time, coaching CrossFit, bartending on the weekends, and working in real estate. In my first quarter back in the business, I pended 8 deals. We talk about ‘failing forward’, and that’s exactly what happened with me.

How did you get into leadership?

Jeff Glover was our Operating Partner. He and I had met a few times and he said I should put my name in the Team Leader hat. I had a friend who was a TL so I was familiar with the role and knew I would love it. I applied and got the position.

Later, I went to Austin for FSO and was sitting outside. I started talking to a few gentlemen who asked me where I saw myself in 5 years. I mentioned living somewhere warm and one of the gentlemen jokingly said he had a market center in California if I ever wanted to move there. I went back inside and didn’t think anything more of his comment. A few weeks later, he posted his TL opening on Facebook. I commented and he reached out; before I knew it, I was interviewing for the position.

I went to visit California twice; once to interview, and the second time I brought my kids to get their opinion. It was nearly a done deal, but then imposter syndrome began to creep in.  I began questioning myself . . . who was I to be running the number one market center in Southern California? What made me a qualified candidate? Could I actually meet the expectations of the people around me? I realized if I didn’t take this opportunity, I would always wonder, “what if”, and I am definitely not a “what if” kind of woman. Needless to say, I took the job and we moved to California.

What attracted you to being a coach?

When I was in Long Beach, you could say I got a Ph.D. in Real Estate. I fell in love with real estate all over again. Three of Gary Keller’s Top 100 were in my office. I loved the education, I was pursuing trainings, and I was coaching my top 20%. Through my partnership with Ron, I was introduced to NLP and Landmark.

At the time, there was a lot of turmoil in my market center and I was burned out from the TL role. It was during this transitionary time that I realized how passionate I was about the coaching world. I talked with Ron and I asked him, how could I transition from a TL to a coach? Ron supported me in the process and I began coaching with another organization as a leadership coach. I quickly realized I was not in alignment with their approach and values. I’m the type of person that if I don’t like where I am, I’m not going to stay. I talked with my OP and she knew I wasn’t happy with what I was doing. She mentioned a productivity coach role was preparing to open up in another market center. I applied, was offered the position, and accepted the role.

At the end of the day, I want to empower people. If you are in a place where you are not in alignment – go. There is so much on the other side of the unknown.

What is your favorite thing about coaching?

What qualities do you think a coach needs?

Compassion, persistence, empathy, patience. You need to have versatility and know how to change gears quickly. You have to know what the client needs in the moment and be able to shift to support them.

It’s comfortable. It’s like wearing my favorite jeans, mainly because I know we have the same core values. I think, “if I’m going into battle, who do I want on my team?” YPP is who I want. We are not perfect; we can make mistakes, but we admit it when we do. I can feel the whole ‘God, Family, Business’ theme. There is a spiritual side to YPP, and a business side. It’s badass with a little bit of softness to it. It’s grace and grit.

What’s the greatest challenge you’ve had and what did you learn?

The most difficult thing I ever did was leaving my ex-husband and having the faith to do that. I learned that I am worthy.

If you could tell your younger self anything, what would it be?

Just do it. Whatever you want to do, just do it. Live outrageous, be courageous. No fear, have faith. Or, more accurately, have the fear and face it anyway. A lot of my fear stemmed from me feeling as if I wasn’t worthy. I was told for so long what everyone thought I was, and I played those memory scripts for so long, I believed them! Having the courage to break away from what everyone ‘thought’ I was in order to live authentically as ‘me’ was incredibly powerful.

What is a book you think everyone should read?

When the Heart Waits by Sue Monk Kidd.

Ask and It Is Given by Ester and Jerry Hicks.

If you could put anything on a billboard, what would it be?

“You are capable of whatever you set your mind to. Love, Faith”. I have this on a sign in my bathroom and I love it because my kids and I see it every day. 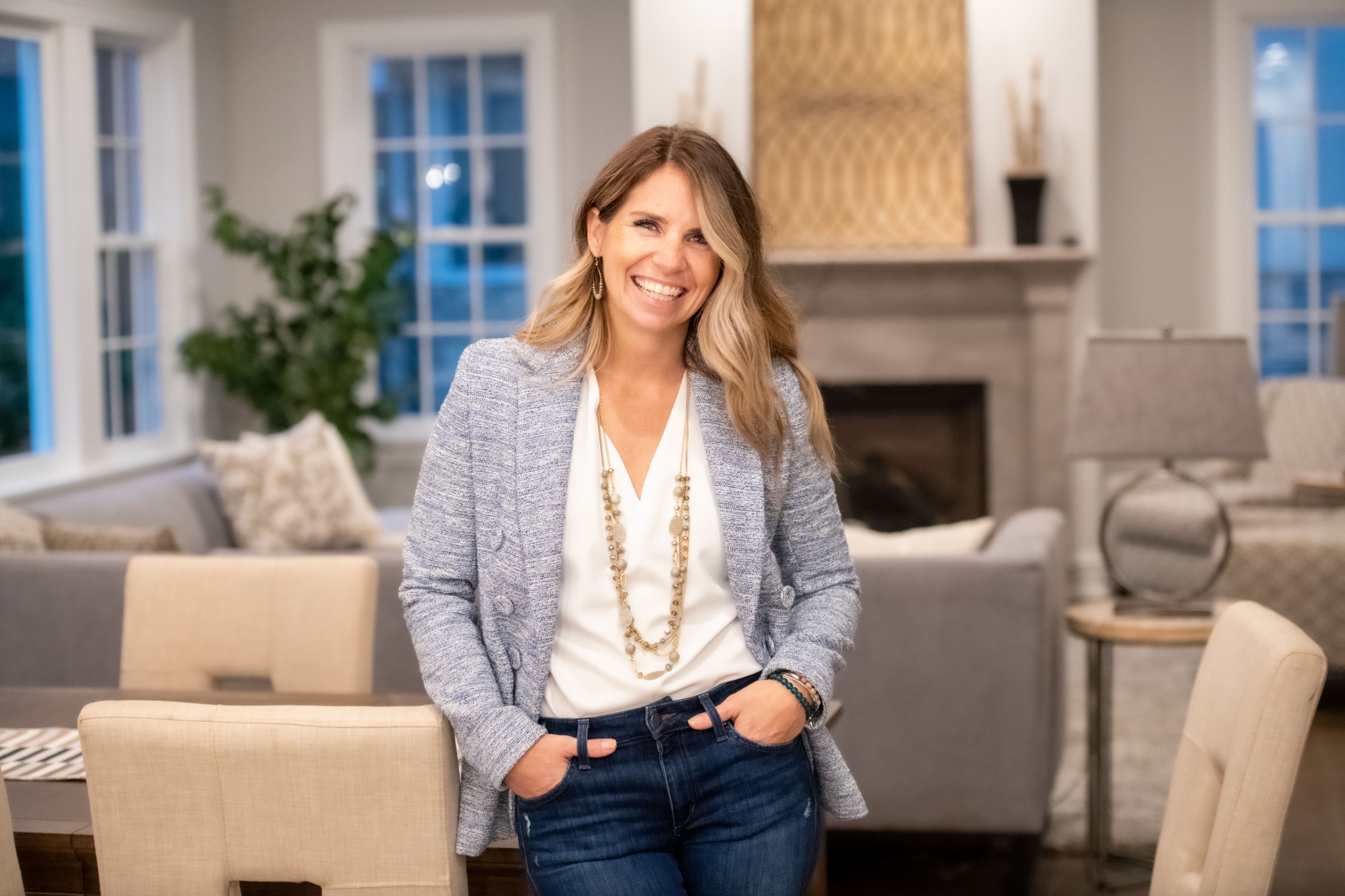 Your Focus and Action Plan