Back in 2008, we were introduced to Carol Dweck and her book Mindset, The New Psychology of Success. Her work revealed a startling characteristic of how some continue to achieve more while others pull away from challenges only to continue to produce what they have already produced. She made a distinction between a fixed mindset and a growth mindset.

A fixed mindset operates by holding on to the idea that you have a certain amount of intelligence, a certain personality, and a certain moral character. As a result, if you believe your qualities are unchangeable, you will want to prove yourself as being correct vs. learning from your experiences. This fixed mindset can destroy relationships and have a negative impact on career growth because every situation calls for a confirmation of one’s intelligence, personality, or character. A person operating from a fixed mindset will evaluate situations based on: Will I succeed or fail? Will I look smart or dumb? Will I be accepted or rejected? Will I feel like a winner or a loser? Clearly, you can see how this mindset could stunt one’s growth.

A growth mindset, on the other hand, operates on the idea that the hand you’ve been dealt is simply a starting point for development. This mindset is based on the belief that your basic qualities and results are things you can cultivate through effort. People that have adopted a growth mindset tend to experience stronger relationships as they are more open to learning and growing. In the professional arena, these people have a passion for growth and welcome feedback knowing that it is an opportunity to make adjustments in order to experience the results they desire. As a leader, they also tend to encourage people to take risks, learn new skills, and grow beyond their current position.

We’ve seen incredibly talented people stall in their professional career simply because they’ve been conditioned to work from a fixed mindset. A salesperson makes a call to a new client. They set the appointment. They prepare what they believe is a bullet-proof presentation. They meet with the client and present their proposal. The client throws out a number of objections and makes a comment that they are meeting with several other vendors. Instead of asking more questions to identify what’s important to the client in choosing their vendor, the salesperson starts to justify why they are the best choice in the market, their years of experience, and how they outperform most of their competition. The client doesn’t feel heard and is a bit repulsed by the arrogance of the salesperson. The salesperson, although talented, lost the opportunity with the client, left feeling defeated, and began to lose confidence, thinking their result reflected their talent vs. a lack of understanding of the client’s needs.

In our world of never-ending change, adopting a growth mindset is imperative to one’s relevance in business. Professionals that work from a fixed mindset will be continually frustrated, lack the grit to push through challenges due to change, and, eventually, find themselves with a skillset that is obsolete in a competitive environment. The world we live in requires those who intend to have a competitive advantage to adopt a growth mindset.

Continual success calls on you to be able to change, shift, and remain fluid. The Tao De Ching and Lao Tzu’s metaphor of water and rock best illustrates the power of fluidity:

How Do You Adopt a Growth Mindset or Become More Fluid?

It’s been identified that approximately 97% of what you and I do on any given day is a habitual conditioned response. This means, like Pavlov’s dog, a stimulus is applied and you respond without even thinking.  You are wired to respond based on what you believe. If you’ve grown up in an environment that has driven home the idea of a fixed mindset, you will continually work to prove how smart you are. This need to display your intelligence is happening without conscious thought. When things don’t work the way you thought they would, you will feel defeated and that defeat can eat away at your confidence.

Without awareness, you will continue to do the same thing over and over again. How can you achieve more if you continue to do what you’ve always done?  What’s more frightening is that your responses are typically a learned behavior based on someone else’s programming. If you look around your life, ask yourself, who has had the biggest influence on my ideas? Do I want to be like my mother, father, sister, brother, friend, etc.?

The fact that you are taking the time to read this blog indicates that you have a strong desire to change something in your life. It is likely that you, like our clients, want more than what you are currently experiencing. Desire is a strong motivator for change.

To change anything, you must first change the beliefs that drive your actions.

Recently, Kate, one of our Founding Partners, was getting her hair blown out before an event. A young woman we will call Sophia happened to be drying her hair this particular day. Sophia told Kate, “I’ll never make a lot of money, I just want to be comfortable.” Kate knew, in that moment, that Sophia’s idea about money would impact the way that Sophia engaged in her life. Even though Sophia was working to build her social media presence, her hard work would never have the impact she wanted. Unless Sophia changes her belief about her earning ability, she will limit her own growth.

Anyone that is in business, has a certain way they’ve done something that has created success. What you may be noticing, however, is that your strategy that got you here will not get you to where you are going. What was relevant then, may be irrelevant now.

As Certified Master Coaches® working with high-level clients for decades, we’ve seen people attempt to DO more hoping that their efforts will allow them to achieve more. When the more never happens, they are met with frustration.

Doing without believing is a waste of your time and energy.

As a human being, you are wired to do what you believe. If you believe that every day presents an opportunity for you to grow, learn, and achieve more, you will display resilience and eventually achieve more. If you believe your results are an indicator of your intelligence and you experience unwanted results, you will let those results dictate your next actions, which likely will be to play it safe. Slowly but surely you will settle into mediocrity and limit your ability to do big things.

Overcoming limiting beliefs is a process that is available to anyone. It’s a simple process, yet not always an easy process:

As Kate sat in the chair getting her blowout, she asked Sophia, “Is holding on to the idea that you will never make a lot of money inspiring to you?”

Sophia responded, “Not really, I’m just attempting to be realistic.”

Kate responded, “I understand, and I am just wondering how holding on to that idea is working in your favor . . . I mean, is it?”

Sophia responded, “Well, I mean not entirely. I have been inconsistent in my social media because I sometimes wonder what the point is. I haven’t explored any other hair salons even though I know other opportunities exist. I realize that a lot of people in the hair industry do quite well.”

Kate asked, “Could it be true that given the right focus, you could move your career forward?”

Sophia nodded her head in agreement.

Kate continued, “Is it possible that you have a unique eye that many don’t?”

Sophia continued to nod her head, followed by, “I really do believe I have a style many don’t have.”

Kate agreed with Sophia, telling her that she always requests her because she listens so intently and focuses on what the client wants while guiding them to what might enhance their vision.

Kate asked Sophia, “How do more people get exposed to your stylistic view?”

Sophia responded, “I guess I could consistently put my work on Instagram causing more people to see my work.”

What Sophia was exposed to in her life is not who Sophia is or what she is capable of. If you’ve been stopped by beliefs that limit you or a fixed mindset has stopped you in achieving the growth you desire, seek out a certified coach that specializes in neuroscience-based methodologies. Reach out to our team today.

Kate Patulski, CMC
President at Your Performance People
Kate Patulski has nearly 25 years experience in the talent development industry, working with thousands of individuals, teams, and organizations over her career.In 2008 she and her husband became laser focused in integrating neuroscience principles and behavioral change methodologies in their coaching process in order to increase individual and organizational performance.

In 2018, after working with some of the largest coaching organizations in the industry, she and her partners founded Your Performance People.The approach at YPP is to work from an inside out perspective allowing each individual to not only maximize performance, but thrive feeling fulfilled in the process.

Since her coaching career began more than two decades ago, she has been Master Certified in NLP, Certified in Emotional Intelligence, holds a Certified Master Coach designation (CMC) through the Behavioral Coaching Institute, an Executive Coach designation through Columbia University, is a Founding Member of the John Maxwell Team, and a skilled Axiologist.

Kate brings a wealth of knowledge, practical experience, and a passion for seeing individuals, teams, and organizations thrive. 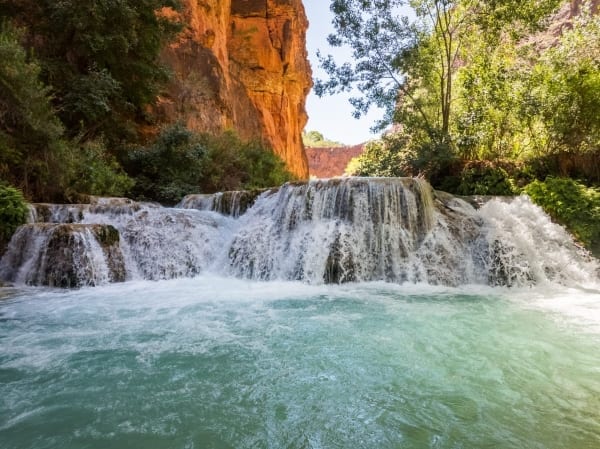